Poppers? What are poppers?

oppers is a street term, or a slang, for any liquid that belongs to the alkyl nitrite family and is used recreationally to intensify sexual pleasure, or—in club culture—to enhance the perception of sound and light.

Poppers are administered by inhaling the content from a small bottle (10-30ml) that contains the liquid, which is typically yellowish in color and has a distinctive, fruity, sweetish aroma (although this varies depending on the particular nitrite used.)

Poppers are legal and are generally safe to use (though be sure to check the safety page of this guide if you are new to poppers), and they are not addictive at all – not physically addictive, anyway; the possibility of developing a mental dependency and a craving for the pleasurable effects is another matter ;-)

Nowadays, poppers are typically sold as liquid incense, room odorizer, leather cleaner or even nail polish remover (yes, apart from their recreational use as inhalants, alkyl nitrites can reliably perform all of the listed functions :-)

Poppers are still seen by many as a "gay drug", but this is a very outdated view. 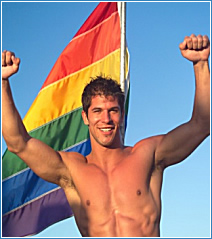 Poppers have long been popular with the male gay community – but their appeal does not stop there.

Yes, it is true that the gay subculture of the 1970s did embrace the bright, eye-catching bottles labeled Rush, Locker Room, Ram or Hardware.

Yes, it is true that poppers manufacturers of the era invested heavily in advertising in gay publications. There even was a gay-targeted cartoon strip named "Poppers" (by Jerry Mills) which told the adventures of Billy, a West Hollywood muscleboy, and his sidekick Yves.

But as early as 1978, the Pittsburg Post-Gazette quoted "a brash young street vendor" in New York—yes, poppers were sold by street vendors back then!—who was apparently "doing brisk business at 52nd and Madison" and who described his clientele as follows —

Why so, you might wonder. What is the appeal of a substance that, some would say, smells like a sweaty pair of socks?

To answer that question, let me quote from a study titled Psychosexual Aspects of the Volatile Nitrites, published in 1982 by an American psychiatrist Thomas P. Lowry, M.D. —

he inhalable nitrites may be the nearest thing to a true aphrodisiac. In foreplay, the nitrites have a disinhibiting effect, enabling the user to experience total skin-surface sensuality. When inhaled shortly before orgasm, the user may experience a sense of exhilaration and acceleration, a freeing of inhibition, and perception of orgasm as prolonged, intense and exalted."

Back in the seventies and eighties, as Dr Lowry noted in the study quoted above, there were just two compounds in widespread use as poppers: amyl nitrite and isobutyl nitrite.

Numerous other formulas have been developed since; the term "poppers" may nowadays also refer to cyclohexyl nitrite, isopentyl nitrite or isoamyl nitrite.

Nothing could be further from the truth.

The so-called new formulas are not purer or better than the originals; they are merely the result of a never-ending cat and mouse game that poppers manufactures have to play with the regulators who hate to see anything even mildly mind-altering on the market:

As they ban one compound, another one is devised with (hopefully) similar effects – and the business carries on as usual. (In time, of course, the "new" stuff will get banned as well... and another formula will be developed... and so on.)

Of the three "new" formulas currently promoted, isoamyl is just about okay, in my opinion. Cyclohexyl and isopentyl, on the other hand, are pretty rough chemicals that will give you a headache right after the first sniff. I avoid them if I can help it.

— as well as recommending reliable retailers who still stock genuine amyl and isobutyl. (Despite widespread regulatory pressures, original formula amyl and isobutyl can still be manufactured in a handful of countries.)

The term "popper" has many meanings. In particular, it is anything that makes a popping sound — but the name is also used to refer to a utensil for popping corn, a fishing lure, a spicy Mexican dish, a type of cupcake...

You would have figured out by now that none of the above, of course, is the poppers we are talking about on this website ;-) But if you are still not with us, here is one no-nonsense—if somewhat crude—definition, courtesy one Brian Moylan of Gawker.com —

or those who still don't know, poppers are an inhalant that is rather easy to come by in most adult book stores or leather shops. It's amyl nitrite and it's sold as 'room odorizer' or 'video head cleaner' or some other preposterous bullsh*t like that. What it does is loosen up all the involuntary muscles (like in the throat, vagina and anus) so it's so much easier to get large objects pushed into them."

I have included Mr Moylan's definition mostly for its comical value; there are some truths there but also quite a few untruths:

First of all, hardly any bookstore anywhere in the world stocks poppers these days – not openly, anyway. Secondly, most poppers available nowadays are not the good old amyl. Lastly, poppers do not just "loosen up all the involuntary muscles", as Mr Moylan puts it – yes, they definitely do that, but they do a lot more than that! They affect one's mind, too, bringing out this raw, animal-like sexuality in just about anyone who takes a sniff... That is the main appeal.

Originally, amyl nitrite poppers came in small glass capsules, which you had to snap to release the liquid's aroma. The glass vials (commonly called pearls back then) made a distinctive popping sound when crushed – hence the name "poppers".

These days poppers come in 10-30ml bottles, and they don't pop anymore. But the name stuck.

How do poppers work?

Physically, alkyl nitrites act as vasodilator – a substance that dilates blood vessels. As a result, more blood enters the brain and so the user experiences an effect typically described as a "head rush".

Rumor has it Jacked is named after the brand creator's dog Jack. Contains fast-acting isobutyl. Recommended.

Although the functioning of poppers on a physical level has been reliably described and understood by medical science (amyl nitrite was originally a medicine for angina pectoris – heart pains associated with a heart attack), it has not yet been explained how or why poppers affect one's mental state in the way they do.

The lack of scientific understanding has never bothered me though :-) and neither should it bother you. Enjoy!